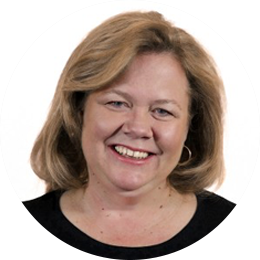 Robin Caputo brings more than 25 years’ experience in marketing, communications and public relations to her role as CMO of Datavail, the largest pure-play provider of database administration services in North America. In her current role for 18 months, Robin has accelerated the marketing’s contribution to revenue growth by 4x, now responsible for 60% of sales and 75% of the pipeline in terms of deals from marketing-generated leads. She is responsible for all aspects of marketing and inside sales, with an emphasis on revenue marketing through prospect engagement with the implementation of their buyer’s journey and multiple personas, marketing and content operations automation.

Prior to her role at Datavail, Robin was Vice President of Global Marketing and Communications at Ciber, a $1 billion IT systems integrator. She led Ciber’s global rebranding effort, the relaunch of an integrated multi-language global website that transformed 17 disparate country websites into one seamless platform while enabling local language capability, and introduced an innovate social media program that harnessed internal subject matter experts. Her team was responsible for driving more than $50 million in closed sales annually, and contributing $300 million each year to the pipeline.

Previously, she held various management positions in marketing and public relations at Qwest/U S WEST, leading nationwide product launches in multiple divisions as well as serving as spokeswoman for the $10 billion company. Her career also includes experience as a reporter/editor for the Associated Press, the Arizona Daily Star, the Denver Business World, and the NBC affiliate in Tucson, Arizona. She also was a technical writer for IBM and a public affairs manager for ATC, a Time-Warner cable company.

Robin frequently serves as a guest lecturer in MBA-level Branding and Digital Marketing courses at the University of Denver/Daniels School of Business, is an advisory board member to The Outsourcing Institute, and is a frequent speaker at marketing leadership events. She earned her Bachelor’s degree from University of Denver with a double major in communications and political science.

Specializing in technology growth environments, Jeff also held several roles in marketing management at Edgil, a software and IT solutions provider and at Inforonics, a global IT service management organization.

Jeff received a B.A. in Marketing Communications from Westfield State University, a M.S. in Innovation and Technology from Boston University, and conducted post-graduate work in publishing and communications at Harvard University. Jeff is a member of the CMO CouncilTM and the Business Marketing Association. He is also on the Board of Directors for the Communication Leadership Exchange where he serves as vice president and chairman of the marketing committee.

Mikula also led global branding, advertising and marketing communications at GE’s energy and health care businesses for over twelve years, and was a member of the GE corporate brand, events and digital marketing councils. He led GE Healthcare’s “Healthcare Re-imagined” worldwide brand positioning effort, managed the promotion of GE Energy’s “Ecomagination” sustainability platform, and was a member of the GE brand leadership team that launched GE’s “Imagination at Work” brand identity efforts. He has extensive advertising agency, sales and corporate marketing experience, and has consulted with a number of Fortune 500 companies in the health care, financial, industrial and travel industries.

Peter Sorckoff is the Chief Creative Officer and Senior Vice President of Marketing for the Atlanta Hawks and Philips Arena. Peter oversees brand management, advertising, promotions, the fan experience/game presentation, digital and social channels, direct/e-mail marketing and team retail operations. He is also responsible for leading all creative teams in the origination and development of new and unique content in-arena, on television and in the digital environment.

In addition to his work with the Atlanta Hawks and Philips Arena, Peter has been an exemplary member of the

Calgary Flames and the Atlanta Thrashers organizations. He was also a Venue Producer for the Salt Lake Olympic Committee during the 2002 Winter Olympic Games.

Peter sits on the board of the St. Jude’s Recover Center, as well as the Community Advisory board for CBS 46. He is a Team Advisory Council Member for InStadium – Live Sports Video Network. His accomplishments have earned him several honors, including nine ADDY’s and five IDEA awards. Peter is originally from Calgary, Alberta and lives in Roswell with his wife and three daughters.

Judy Sroufe serves as Standard Textile’s Vice President of Marketing & Communications. In this role, Judy’s primary responsibility is to develop and drive marketing and communication strategies for the global company which serves the healthcare and hospitality industries.

In 2013, Judy provided leadership and execution of the CEO’s vision to create a dedicated space for innovative thinking, resulting in the Global Institute for Innovation & Leadership, a 5,000 sq. ft. environment designed to drive exploration, discovery and creative solutions. Judy also facilitates Design Thinking workshops throughout the organization. 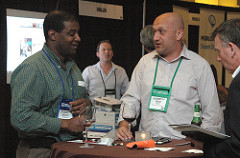 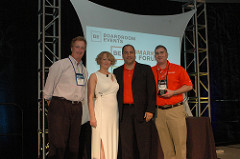 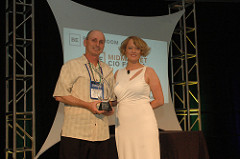 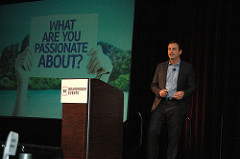 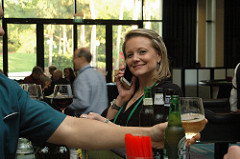 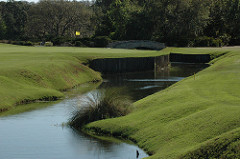 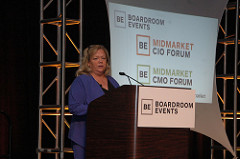 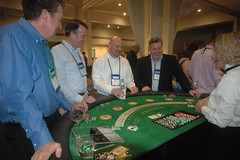